8 Shows to Watch This Summer 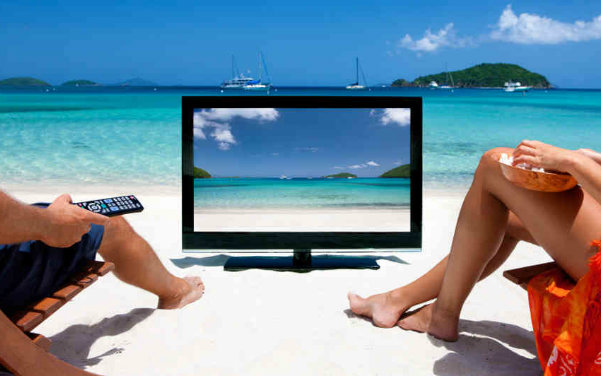 If you’re like me, your summer days are not spent drifting away with a hot T-Bird or on some tropical island sipping piña coladas.  When others are on a constant binge of summertime parties, you are just trying to relax in the comfort of your own home.   But don’t go and wallow in summertime sadness just yet! The Fall TV hiatus may be upon us but summer shows shouldn’t be disregarded.  So get your blender blending (may I suggest these homemade tropical drinks) and your DVR prepped for recordings galore!  Here are 8 Summer shows you don’t want to miss…

Elliot along with F-Society and the treacherous E(vil) Corp return July 13th to USA Network following a critically acclaimed, award winning first season.  Mr. Robot is expertly written with extremely complicated characters led by Rami Malek’s gritty portrayal of Elliot Alderson.  This show doesn’t only succeed in its narrative and  performances but also it is visually captivating.  This USA Network groundbreaker provides cinematic nuances seldom seen on TV today.  If you haven’t seen season 1, WHERE YOU BEEN? UNDER A ROCK? Watch it asap so you can join in on the conversation (and F-Society).

If your summer isn’t “lit” as the kids say, here’s your chance to get “Litt up”.  Suits returns for its 6th season following the premiere of Mr. Robot with everyone’s favorite fraudulent lawyer, Mike Ross, behind bars.  Yeah, Mikey finally got caught!  It’s about damn time if you ask me, I mean nearly EVERYONE knows his secret! Jessica, Harvey, Donna, Louis, Rachel, Claire, the list just goes on and on.  Season 6 will surely bring a new kind of drama to Suits as it takes a look into the other side of the law.  By the looks of the promo, this season is feeling very Prison Break.  In other words I am HYPED. 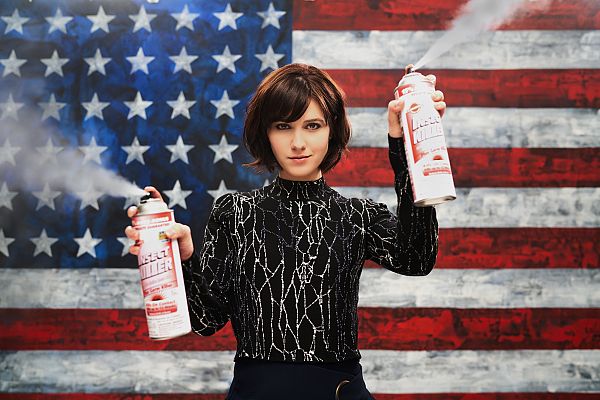 From the producers of The Good Wife comes a show completely different than the Good Wife.  But if we learned anything from 6 years with Lockhart/Gardner and Canning it’s that Robert and Michelle King are champion writers.  BrainDead is a political dramedy with a sci-fi flare (what a genre hybrid, right? poli-sci-com-dram?) that centers at the White House where a conspiracy arises that members of Congress have been infected with an alien spawn that is eating their brain and manipulating their behavior…

The show has a STELLAR cast comprised of Mary Elizabeth Winstead (Scott Pilgrim vs. The World), Danny Pino (SVU / Cold Case), Aaron Tveit (my dirty dreams…also Graceland) and Tony Shalhoub (Monk).  BrainDead is filling the void that Under The Dome left on the CBS summer schedule but here’s hoping it learns from UTD’s mistakes i.e. becoming nearly unwatchable after the 1st season.

Based on Vertigo Comic’s best selling and beloved comic Preacher by Garth Ennis, AMC’s newest adaptation takes the comedic writing/producing team of Evan Goldberg and Seth Rogen to TV land.  But before you go and think this show is about weed or fraternities, it’s not.  Goldberg and Rogen are fans of the source material and backed the project.  The new show stars Dominic Cooper (who is no stranger to comic adaptations; he played Howard Stark in the first Captain America) as Jesse Custer, “a small-town preacher who is on a mission to find God.”  Preacher brings together the the captivating intensity of Breaking Bad and the sci-fi greatness of The Walking Dead, check out the promo below!

Created by Cameron Crowe, writer of Fast Times at Ridgemont High and Almost Famous…wait do I need to say more than that? Or did that do the trick?  Well if not, Roadies follows the lives of the touring company of a rock band starring Luke Wilson and Carla Gugino.  Did I mention JJ Abrams is the executive producer?  No? Well he is and if you are sold on the show yet, I suggest you consult a doctor.

Where was I?  Right the sons.  The other two sons are played by Southland’s Shawn Hatosy and newcomer Ben Robson.  Check out the trailer below…

TVLand went from being that channel that shows sitcom reruns and Hot in Cleveland to a network everyone was buzzing about thanks to two new comedies last year: Younger and Impastor.  The latter returns mid July and should not be missed.  Impastor stars Michael Rosenbaum, who you may remember as Lex Luthor on Smallville (side note: Clark & Lex will forever be Tom Welling and Rosenbaum to me, sorry not sorry Henry Cavil and Jesse Eisenberg).  Season 1 was shockingly funny – shocking because A) The cast is random as hell and flawlessly hilarious and B) whodathunk TVLand would be able to deliver a crude comedy similar to FX’s Always Sunny? Not me, but I was supremely delighted by it all.  Catch up on season 1 on the TVLand website before season 2 starts! DO IT!

8. Devious Maids & Mistresses (both on Season 4) 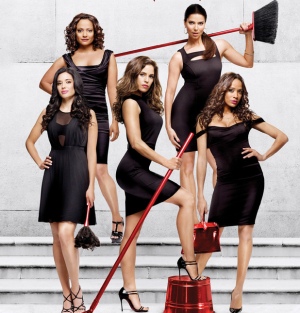 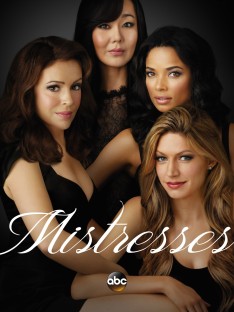 For me, these two shows go hand in hand.  Both are individually unique and entertaining but in the end they are both soapy dramas about a group of women causing trouble in Los Angeles.  Devious Maids and Mistresses are Desperate Housewives’ drunk uncles, to put it simply.  They’re very similar (DM is actually produced by DH’s Marc Cherry & Eva Longoria) but lack the compelling mysteries that consumed Wisteria Lane.  But this isn’t to say Maids and Mistresses should be overlooked, in fact, they are each extremely fun shows to entertain you through the summer months.  They are two sides to the same soapy coin: Maids is a light telenovela whereas Mistresses is a sexy drama.  Highly recommend both!

This summer we must say a final farewell to the Lawsons (*weeps*).  The show that brought blue skies and bandages to USA Network is ending with an 8 episode 8th season.  Royal Pains’ 100+ delightful episodes starring the incomparable Mark Feuerstein, Paulo Costanzo and Reshma Shetty have been a favorite of mine since the second Hank and Evan R. Lawson crashed Boris’ mansion party.  I’m gonna miss this show infinitely, especially since, with its departure, USA Network closes the door on it’s past vibrant brand.  USA staples like Psych, Monk, Burn Notice and White Collar made USA a channel to turn on when you wanted to lay back, smile and truly enjoy the show you’re watching.

Nowadays, the storm cloud is slowly building over the Network as it’s grim, high intensity dramas like Mr. Robot, Colony, and and Shooter take over.  Royal Pains premiered in what I consider USA’s golden age and has lived 8 years through the changing landscape of USA but never strayed from being a warm, positive, hopeful, and truly interesting show.  If you haven’t watched this Hampton-based Medical-Procedural, you are missing out! It’s on Netflix, so go on! Watch a few episodes and tell me you don’t love the Lawson boys! I sure will miss them (*weeps even harder than before*).  Here’s a hilariously perfect rap sung by Mark Feuerstein to prepare you for the final season…